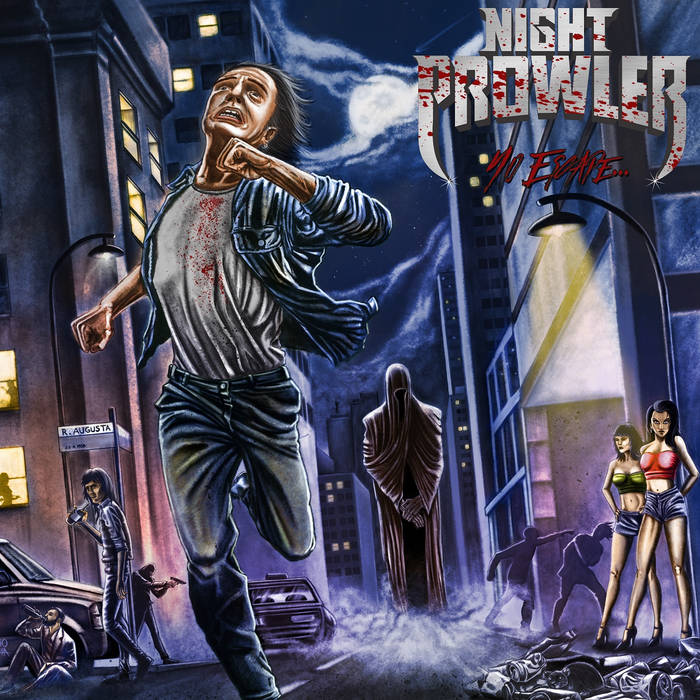 metalheaddave Only bad song on the album is the two minute filler instrumental track The Witches Curse, otherwise a solid album. Favorite track: No Escape.

Hailing from São Paulo, Brazil, NIGHT PROWLER was formed in 2017 by guitarist Luke D. Couto. Since the beginning, the band was influenced by the iron-clad likes of Saxon, Dokken, Iron Maiden, Running Wild, and Demon among many others: essentially, traditional heavy metal in excelsis.

In early 2017, Couto began working on new compositions for a possible solo material, due to the hiatus of his other bands. The initial idea was to release an EP with five tracks, which were composed in the first half of 2017. However, he needed musicians for the recordings and shows, so the idea of solo album was discarded, and he recruited musicians for the project.

The original lineup of NIGHT PROWLER consisted of Fernando Donasi (vocals), Luke D. Couto (guitar), Igor Senna (guitar), Gabriel Teixeira (bass), and Victor Oliveira (drums). After finishing the songs, the band signed with Kill Again Records and, in 2018, released their debut album, No Escape. Like a lost relic from 1986 or thereabouts, NIGHT PROWLER’s debut album presents 10 tracks that are all unified in their fight for metal but each one as different as the next: pumping ‘n’ virile speed one song, velvety mysticism another; sun-drenched sleaze one song, moodily melodic in another; tough as nails from beginning to end, but unafraid to show a softer side now and again, especially with the spacey synths coating climactic closer “Stranger.” And like so many killer private-press metal records from the mid ‘80s, the production’s on the right side of raw, but thankfully never sacrifices any of the inherent heaviness nor earworming hooks. In other words, just like the moniker NIGHT PROWLER itself, No Escape equally evokes the splendors of life after dark as well as its aftermath.

Since then, NIGHT PROWLER have shared stages of clubs and festivals with such bands as Sweden’s Air Raid, Murdeath, Breakout, and Flagelador. In 2019, drummer Victor Oliveira left the band and was replaced with former Leather Faces drummer Cave Hoffmann. Since then, they’ve been working together on new songs and doing several shows promoting their debut album. In the meantime, No Escape is at last unleashed on the most perfect format for classic metal: VINYL!